We were SO excited to finally plan a trip to some more Arizona National Parks! I have been wanting to bring Lily to Saguaro National Park for quite some time and, after the busyness of work and the holidays, I was looking forward to spending a little over a week in the desert. I wish we could have spent more time in the area, but we had to get back to school and work (boooo hisssss). We hit some new West Texas state parks along the way and explored some of the most iconic Arizona parks! Stay tuned for more details, but here is the basic itinerary as part of our Two Week Travels series (okay, okay, so this is only one week but sshhhhhh)!

Today kicks off National Park Week and we are celebrating by revisiting our trip to White Sands National Park! When we visited in 2019, it had yet to earn the title of National Park and was still a National Monument. Though the name has changed, the beauty hasn't. This was one of Lily's favorite spots of the whole trip. She loved rolling around on the dunes, making shapes out of the pockets of sand somehow sticky enough to stay together. We had planned on spending a full afternoon here and then heading out of the Alamogordo area early the next morning, but she demanded we return for a second visit and so we did the following morning.

The namesake white sand is made of rare gypsum sand and the park is part of the largest gypsum dune field in the world. Nestled in the Tularosa Basin between the Sacramento and San Andres mountain ranges, this landscape is really beautiful. Seemingly endless white dunes stretch all the way to the base of the mountains in the distance.

The park doesn't have a lot of bells and whistles (and it doesn't need it). You'll find a visitor's center and store, an eight mile road called Dunes Drive, which is half paved half not, some trails, and a boardwalk. They also offer backcountry camping, but we stayed in a hotel in Alamogordo because we were ready for a shower and some clean laundry.

The first thing we did in the park was walk along the Interdune Boardwalk. This is a half mile boardwalk that goes into the dunes and gives a nice view at the end. It's an ADA accessible trail, too, so that's nice! There are interpretive signs along the way that explain the fragility of the interdunes ecosystem and point out some of the plants and animals that reside in it. This was a really nice introduction to the park.

Though there are established trails in the park, we opted to just romp around on the dunes after the boardwalk. We drove all the way to the end of Dunes Drive, stopping in various spots along the way to frolic. The sand was cool under our feet and in our hands. We climbed to the top of the dunes and sat admiring the mountains in the distance. It wasn't very busy when we were there and it was rather overcast so it was really peaceful.

One interesting thing about the park is that it is adjacent to an active missile range. There are warnings on the website to not mess with any debris you may see in the dunes as it may detonate. Yeah, that's relaxing, huh? 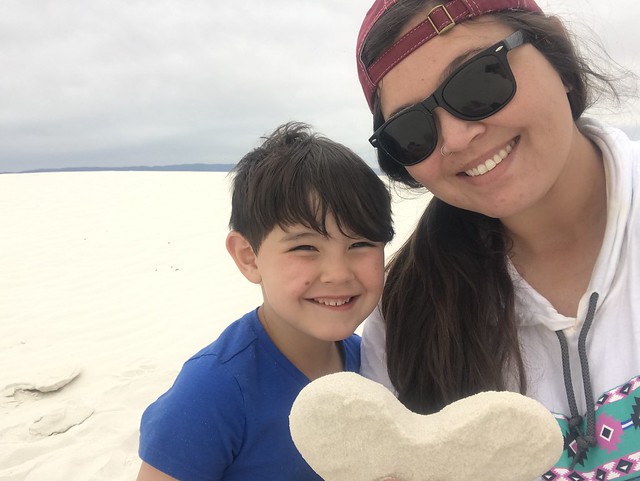 Three Rivers Petroglyph Site was recommended to me by a colleague prior to our West Texas/New Mexico road trip. We already had our route planned, but this site, located between Tularosa and Carrizozo, wasn't too far off and we figured it was worth the extra miles and hours to check it out.

Three Rivers Petroglyph Site is a 50 acre site managed by the Bureau of Land Management (BLM) and as far as we could tell, it was operated entirely by volunteers. This site is really neat because it is one of the largest petroglyph sites (about 21,000 petroglyphs) in the southwest and gives visitors quite a bit of access to see them.

Okay, let's back up and clarify something that I definitely had to Google. Petroglyphs and pictographs - what's the difference? Petroglyphs are images that have been carved into rock, pictographs are images that have been painted. If you're interested in seeing pictographs, I recommend Hueco Tanks State Park & Historic Site outside of El Paso or Seminole Canyon State Park & Historic Site near Del Rio.

Back to New Mexico, though. The site has a couple of trails, of which we only took one - the half mile rugged trail to see a huge amount of rock art. Like...this trail is FILLED with petroglyphs. It's really amazing. Grab a guide when you stop in the Visitors Center and it will help you navigate and better understand the art. It's crazy to think how old the carvings are - approximately 1,000 years - and yet they're still here, in pretty damn good condition. Many of the petroglyphs are of nature, with some geometric designs and images of humans, as well. For as long as humans have been around, we've been connected with the world around us and displayed that in our art. Whether it's prehistoric humans carving images into rocks, Ansel Adams taking photographs of dramatic landscapes, Albert Bierstadt painting Hetch Hetchy Valley, or Georgia O'Keeffe painting flowers, nature inspires us in many bountiful ways. How does nature inspire YOU? 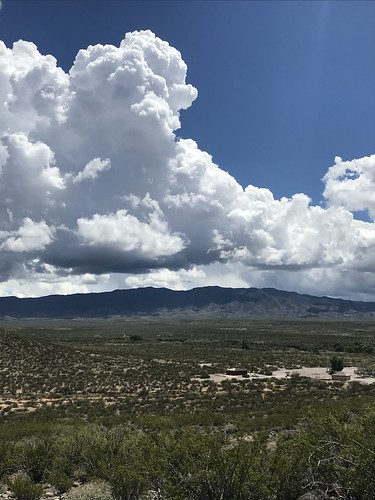 As we enter another April, I find myself reminiscing about our Texas/New Mexico road trip that we took in April of 2019. We had such a great time and explored mountains, caves, canyons, and dunes. We did a 10 day trip and, while there were a couple of places that we wish we had more time at (cough BIG BEND cough), we felt like we still got to do and see plenty without feeling rushed.

I'm sharing our itinerary as the first of our Two Week Travels series. These are going to be either itineraries that we have done or possibilities for the future  (I am seriously obsessed with planning trips) and all will be two weeks or less. Customize this route for yourself depending on where your beginning location is!

*these are the primary destinations; side trips not included

In honor of the two year anniversary of this trip, through the month I'll be revisiting some of the parks and places that we visited along the way, starting with one of my absolute favorite places on Earth: Big Bend National Park.