Great Smoky Mountains National Park was one of my favorites from our trip. Straddling Tennessee and North Carolina, this stunning park spans over 500,000 acres and is the most biodiverse park in the entire National Park system! This means that there is more life here (both in quantity and in variety) than any other national park. That is pretty crazy. More than 19,000 species have been found and there are an estimated 80,000 - 100,000 ADDITIONAL species that may also call the park home. Holy shit.

We only spent two nights in the park, but we saw a fair amount. Our first night was spent camping in Cades Cove. The following day, we went for a horseback ride through the area (which was nice because on Wednesdays there is no vehicle traffic allowed on the Cades Cove Loop! Also, I was so tempted to write 'on Wednesdays we wear pink' as I was typing that). We hiked and explored and moved to our second campground - Elkmont. Now, every single thing we did in the park was awesome, but there is one thing in Great Smoky Mountains National Park that should be on everyone's bucket list....

Every summer at the end of May/early June, a species of firefly (Photinus carolinus for you nerdz) that synchronizes their flashes begin their mating season. Sounds good, right? Fireflies are always fun to see. Okay, well think about how cool it is to see random fireflies here and there on a summer evening and then multiply that by a gazillion.

The fireflies are found in the Elkmont Campground area. As dusk was settling in, we walked from our site to the trail where the most activity is seen. It's a long stretch of road/trail that leaves plenty of opportunity to space out and not be crowded with a bunch of other people. Most people brought camp chairs. We were dumb and did not so we just stood around while we waited. Then, as the dark really began to take over, a flash. Just one or two at first. Then more. And then more. And then before you know it, there are flashes of green everywhere lighting up together. Thousands of tiny lights, then as they go out, another group of thousands respond, almost as though they are conversing in some language that we can't understand but we know it's beautiful. My description can't even do it justice. I straight up shed a tear. It was really THE MOST magical thing I have ever seen in my entire life and I've seen a lot of cool stuff. I feel like the only thing that could maybe rival this would be seeing the Northern Lights.

These insects do this every year. It's just what they do. And we humans make a huge spectacle of it and I love it. I love that people have to sign up for a lottery to even try to get a parking pass to see it, that's how popular it is. And with good reason. I just can't say it enough..... it is incredible!

If you want to see this amazing natural event for yourself, you'll have to sign up on Recreation.gov for the lottery. Alternatively, you can book yourself a campsite in the campground. Forewarning, though - these sites fill up fast for the weeks right around the firefly event. We were lucky to get a night after lurking on the reservation system for a couple of weeks! Plan in advance and snatch a spot along the river for a most excellent experience! 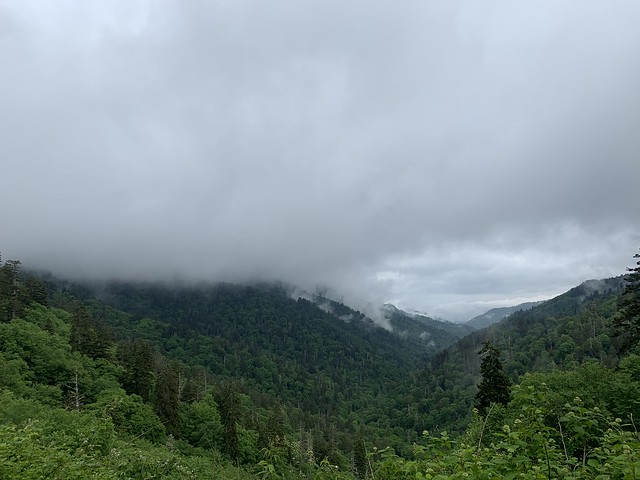 Note: I have zero photographic or video evidence of how amazing the fireflies are because an iPhone is insufficient!